The historic engraving on the back of this large vintage Vacheron Constantin dress watch is the signature of Josip Broz Tito, Yugoslavia's first president. Presented to General Smirnov this was clearly an important token of gratitude and not the first Vacheron he gave to a general; in 2011 Christie's sold a silver-cased chronograph for 50,000CHF that was engraved in the same fashion. This example is in superb condition, the case looks to have seen almost no wear in the last 68 years with bold triple claw lugs emphasising the imposing watch. The two-tone dial has seen sympathetic restoration, but looks magnificent with its applied gold numerals, brushed silver outer and simple baton hands. Presented with its original beautiful leather faceted Vacheron box, and extract from the Vacheron archives confirming its production in 1949. 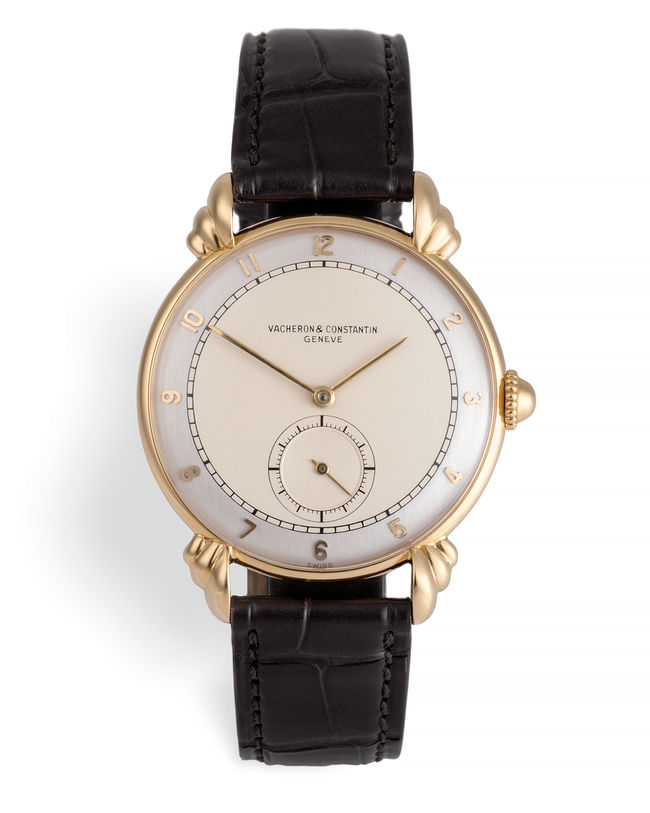