This Speedmaster ref. 145.022, was such a success, it remained in the collection until 1988. This iconic Speedy sports the dot over 90 tachymétre bezel with accented 'E', which later changed in 1971 to the dot next to 90 and lost its accent. This model also features the rare step dial which has developed a beautiful tropical brown patina, owing to a flaw in the laquring process. This was most consistantly found in the 2911*** - 2960*** serial range, and is most sought out by collectors.

Our 145.022-69, features the caseback with the famous Speedmaster Hippocampus emblem and Omega Ω that were usually found on the previous 145.012 (these were changed to the 'straight writing' first watch on the moon in the latter part of 1970). The culmuination of these small details makes this rare transitional Speedy a shrewd investment. This important watch is powered by the ultra reliable cal. 861 and is water resistant to 50m. Accompanied by its extract from the Omega archieve, which details original sale of this watch in Australia, in March 1970. 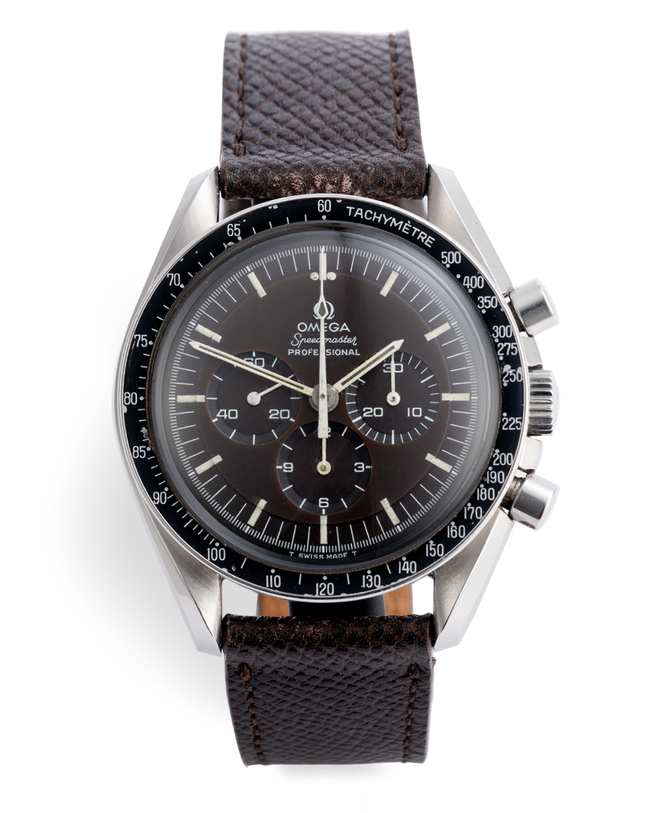