Incredibly rare, 442 of these Omega pilots watches were made and issued to the Royal Canadian Air Force from the early 1960s onwards. Subsequently the RCAF aggressively de-commissioned them due to the prescence of radium luminescent paint, which was unsuitable for storing in large quantities, and it is estimated that as few as 275 remain in existence, many of which have had their military engravings removed. This example with its generous 38mm case is in superb condition, retains its RCAF engravings and the original dial and hands are intact. Whilst the dial is correctly left un-signed, the case and movement are both signed Omega. The movement was in fact manufactured for Omega by Lemania (hinted at by the 33 inside the case back). A beautifully-preserved, single-owner, piece of military history that has been kept in the back of our safe for far too many years, fully serviced and guaranteed. Do not underestimate how rare this watch is. 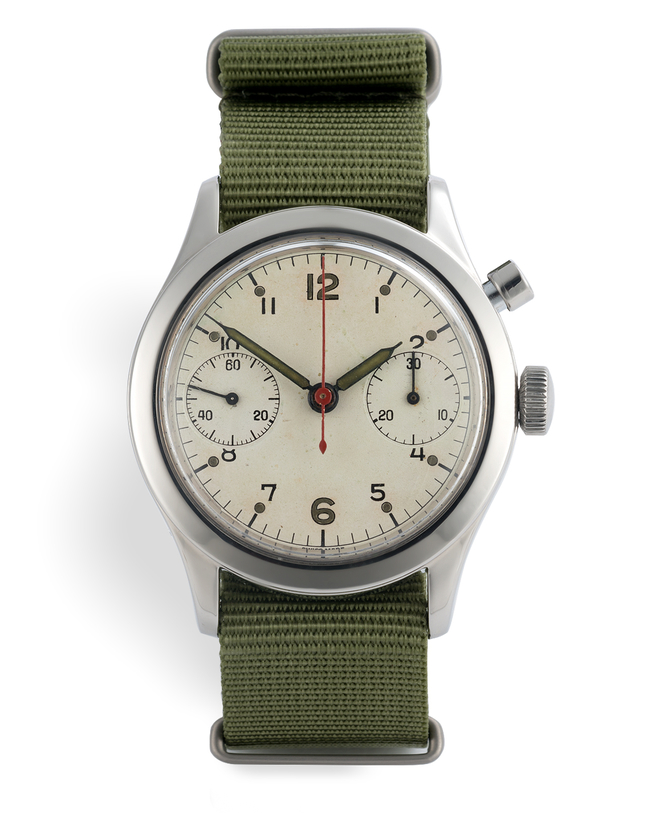