An exceptionally rare 18ct white gold example of the Patek Philippe Calatrava reference 570. Supplied with an extract from the Patek archives confirming its date of first sale as 25 October 1955. Exceptional condition with super clean crisp edges throughout, this watch has been treated very, very carefully in its 65 years.

This example has subsidiary seconds, as first envisaged when the model was introduced in 1938, and is powered by the in-house Patek calibre 12-400 (an alternate style had centre seconds, as seen here). This calibre was produced for only 11 years from 1950.

Now dubbed Calatravone (Italian for "Large Calatrava"), the 35mm 570 was a response to market demand for a larger watch than the earlier ref. 96. It bears all the aesthetic cues that typify the iconic Calatrava:

How rare is this watch? According to Patek press information published around 1968, their total daily production for all watches was a mere 38 pieces. An astoundingly small number by Geneva's top maker. Most of the company's mid-century production was yellow gold, and white gold or platinum pieces are nearly impossible to find, while a steel version of this Calatrava recently sold in a Geneva auction for over 3 million francs! 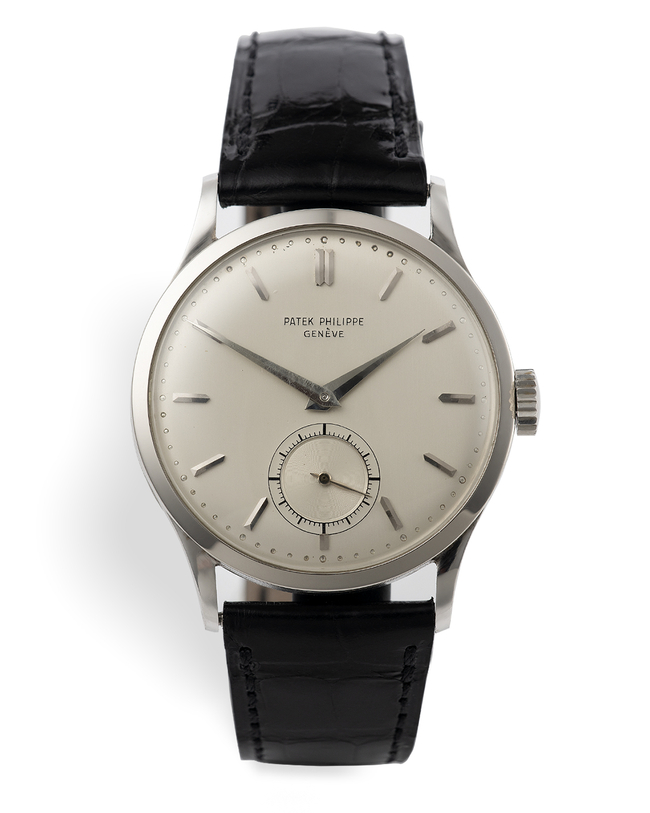