One of the rarest & most important Panerai's of the Richemont era, only 200 were made in 1999. Created by Angelo Bonati (Panerai's visionary driving force) this 44mm PAM 36B was the very first titanium Luminor ever made, and also the first model to feature a sapphire crystal caseback. Purchased from a prominent collector and never worn, the tobacco brown '4-Line' dial is complemented by the beautifully aged Tritium lume and discreet all-brushed Titanium case. The first modern Panerai, to feature the exclusive Marina Militare designation (with special permission from the Italian Navy) we don't expect to see another, especially one in such pristine, original condition. 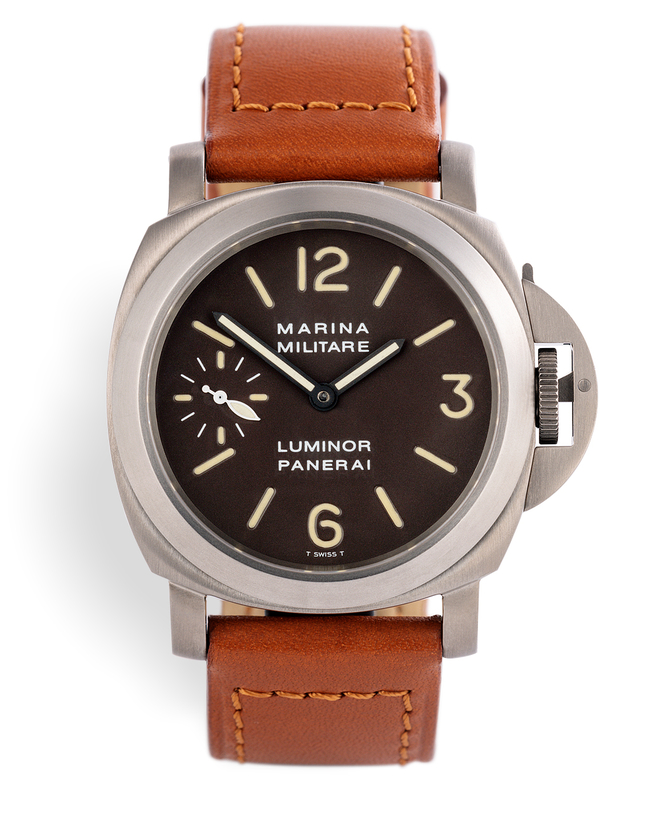