The Richard Lange is the first and only Lange & Söhne with sweep (centre) seconds. A descendant of the Lange survey chronometers used by polar expeditions in the early 1900s, the centre seconds layout allows high-precision reading. The in-house calibre L041.2 has a separate bridge over the three-quarter plate, which is part-functional (conveying the seconds drive) and part-flex (allowing Lange to display their skill at bevelling, with two beautiful razor-sharp hand-finished external corners).

Finely-frosted solid silver dial using an effect Lange calls argenté; the Arabic minutes round the outer edge are punctuated at the quarters in a discreet blue, matching the heat-blued steel alpha hands. Instant stop and start of the seconds by pulling the crown is not easy with such a relatively heavy hand, but Lange obtained this with a sprung linkage built into the small wheel train.

With Lange's well-deserved eminence in fine finishing, practical complications and tiny annual production, their watches are prized by collectors who appreciate exceptional value as well as technical mastery. 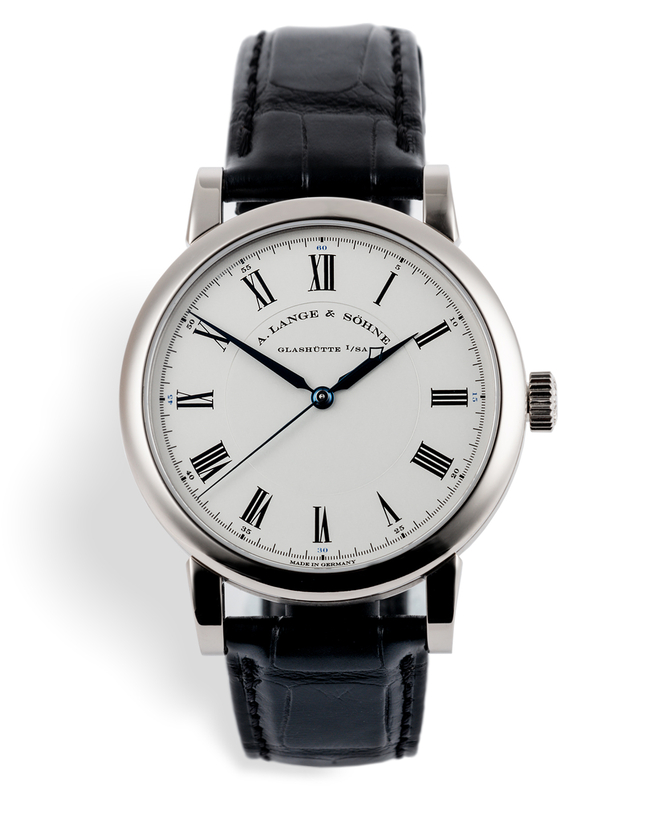