Lange & Söhne produced this unique piece as a 'one off' in 1999. The baguette diamond bezel was specially made by Lange as they approached the 10 year anniversary of their re-formation. Fully serviced at the Lange factory and supplied with the official Lange certificate of authenticity, the story of this special Lange 1 is very interesting. Research confirms the watch was originally made in 1994 with a solid gold case-back, regular yellow gold bezel and was fitted to a leather strap. Lange themselves then purchased the watch to make this incredible transformation before selling it for 51,000 Euro to a VIP client in 1999. Believed to be one of only two Lange 1's made with a baguette bezel (the other was in platinum) this is an extremely important watch in Lange's long and illustrious history. 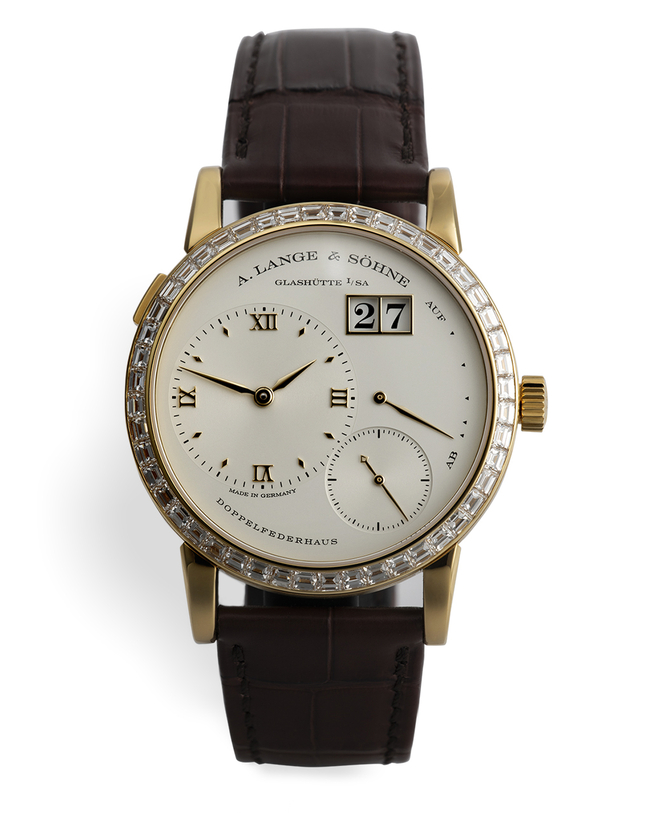