Produced for only 3 months in 2008, Rolex secretly equipped these very final 16710 GMT II's with the upgraded 3186 Calibre movement, that would later power the new generation Cerachrom bezel 116710LN. Featuring a tougher shock absorbing blue Parachrom hairspring and rare 'stick II' dial, this M serial triple time-zone Pepsi GMT II has become one of the most sought-after sapphire glass sports models in the world. Beautiful full set example, looks even better with the Jubilee bracelet, and with original factory fitted Pepsi bezel confirmed by the 'BLRO' on the Rolex warranty card. Super investment. 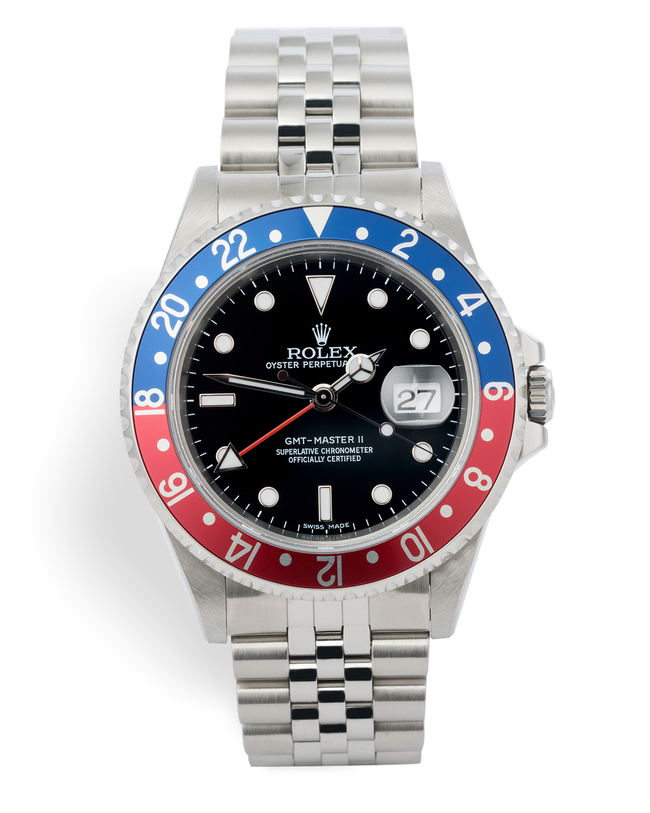